**Saving is only available for the downloadable versions**

You are a lord in charge of founding and growing a new village! Use your planning skills and grit to build a bustling metropolis up from nothing.

Its sad that, rather close to the point, where the true achievement become affordable, the positive value of the money flips into a negative one.

Just one more extra digit before overflow changes positive into negative and players could actually afford the true achievement.

Do you think you can make this for android? I'd love to play it sometime

It's not in the plan at the moment, sorry.
It'd be a fair bit of work to get it working well on mobile, but if there's enough support for it we might consider it.

Ok, that sounds good 🙂 I hope you get lots and lots of support! I'm rooting for ya!

Considering that yes, true achievement would take an insane amount of time to acquire, Chao is the only person capable of taking such a secret to their grave. Well played

i'm all about capitalism now i don't even read the messages

any ones computer laggy at a certain point

I'm not that surprised that it might lag after a while.
How far in are you experiencing this?

i was trying to get true achievement

mmm that'd do it.

Even thoug i spent over an hour here just to TRY to get the "true achievement" and still didn't get it,  I loved the game :)))

time to wait 3 days for this “true achievement”

i like that the music changes the more upgrades you get, really adds to the game.

did you know everything cost 0 at a certain number

Does the wishing well break for anyone else?

i liked the dark twist later game it was cool

if you get the point thing up enough it becomes $0

Reply
iwanPlays2 years ago(+2)
this is nuts.

Thanks for trying it out!
Nuts is definitely what we were going for :)

Reply
That one in the corner2 years ago

i wish u all the luck in the world

It is very unlikely that it is even possible (not coded in to the game).

2) A "float/double/etc" type with 128-bits might be doable, but the observed behaviour of the game does no seem to indicate that the developers used floating point types large enough for the cost shown.

3) While there are arbitrary large number libraries/packages, again the indicators suggest no such library is in use.

I do not speak English, only Computer Programmer. Try Google Translate?

is there a way to upgrade the buildings? or are you forced to go down a dark path?

There is no way to upgrade the buildings.

how do you upgrade the buildings?

To anyone passing by, I am on a quest to get the final item, i'll keep you updated.

After some calculations, I have found that it will take me thousands of years. But I may be wrong, as I upgrade that time should go down.

he gave up xd

Reply
The Unique Horn3 years ago

That game just needed to happen... Congrats and thank you!

can you ever even get the finnal item

The more important question is, do you believe you can get the final item. 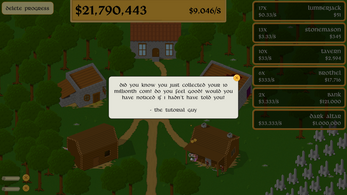 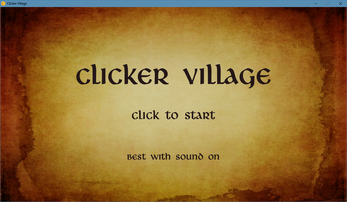 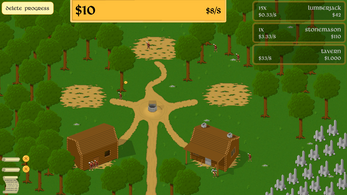 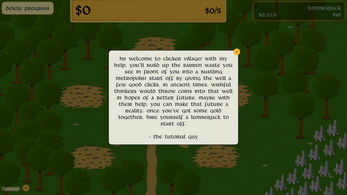 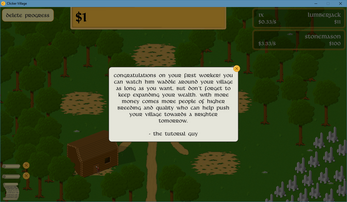 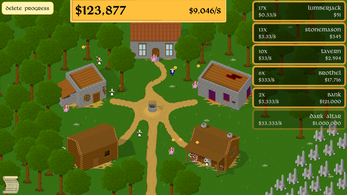