A downloadable game for Windows, macOS, and Linux

The dungeon dwellers need to get around their home, but all the passages have mysteriously disappeared. Luckily you are here to guide them where they need to go. Watch out though, not all the dungeon denizens get along, and there are other dangers lurking in the underground world.

--FOR MAC AND LINUX USERS--

Download the .love file and the latest version of love (11.1 was the version used, in case of compatibility error.) from here
Run the .love file using Löve, it should work.

I really like the look and feel & concept! I think it would make for a cool mobile game. I like the "juice" / interaction between the characters when there is a conflict. It would be nice to have  something similar (more audio / visual feedback) for when the denizen makes it home to make it feel more rewarding. Some instructions would be helpful to understand the mechanics more clearly like how to create tunnels and where the characters will flow. I also think the title is underselling the game because it has more to it than "Literally Passage" lol. Good job!

Thanks! The audio queue for denizen making it is a great idea, I think I considered it during the jam but didn't for whatever reason. I was hoping that the flashing red circles around the drag point would help a bit in at least getting started, but yeah, more instruction definitely would have been good.
I was originally intending it to be more of, "you play a passage" instead of "you make passages", and the title was so amusing for the first one that I forgot that it didn't really fit what the game became :) 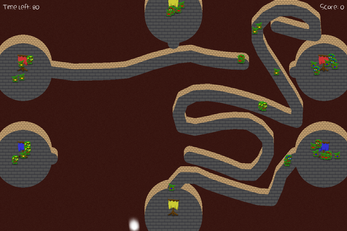 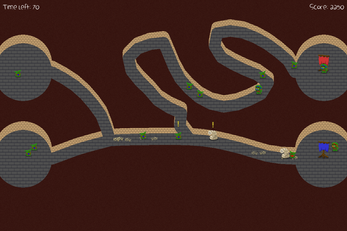 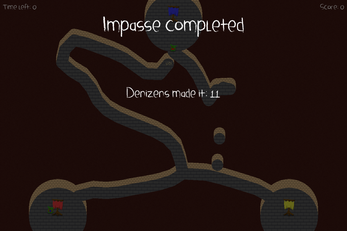 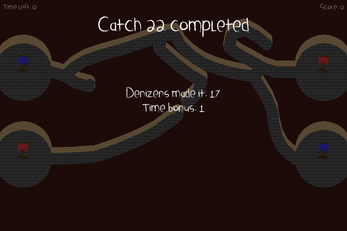 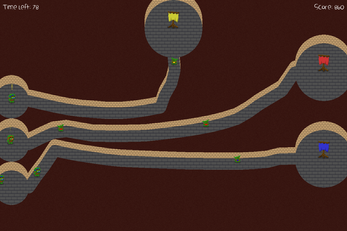 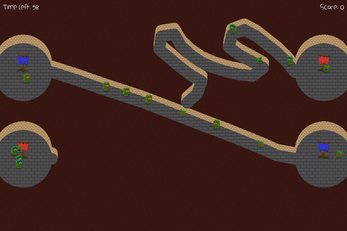