A downloadable game for Windows, macOS, and Linux

A roguelike where you ride a horse, with a thickly applied East Asian Aesthetic.
Ride your noble steed through the infinite steppe as you embark on a journey to save your clan.

Thank you to Joshalexjacobs for their fantastic library, Simply Timers
https://github.com/Joshalexjacobs/SimplyTimers

Credits for sounds used are included with the downloads.

Hope you enjoy!
May the ancestors accept you into their halls.

FOR MAC AND LINUX USERS
You'll need to download Love from here
Install the newest version, and run the love file.

Excellent game with simple but solid game design and beautiful ascii asethetic! 76 tries before I could finish the journey > < Very addictve 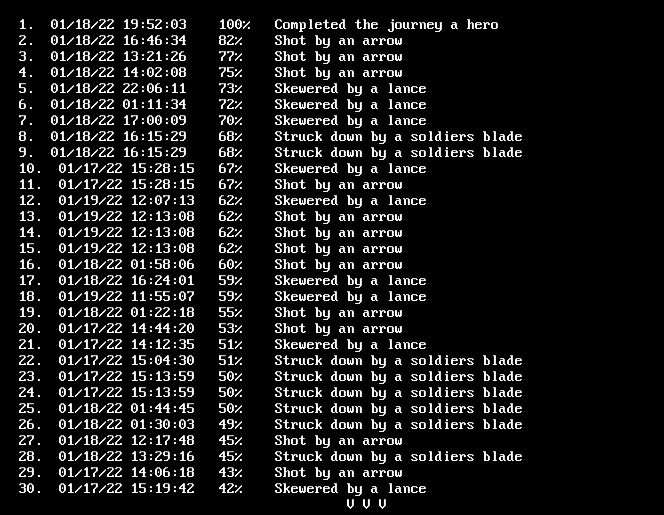 Only that the game crashes frequently in either me or my friends' Windows pc... (Even at the moment when I just beat the game and saw the victory screen, which frightened me a lot)

I wonder if this could be fixed...

Sorry about the crashes, there's some issues from the world size that make it unstable sometimes.
Glad you enjoyed it though, and congratulations on making it all the way through such difficulties.

Firstly, excellent game, closing in on Brogue in terms of aesthetic.

Secondly, please expand on this, or give it to someone who will.

It would be perfect for an open world CRPG akin to CoQ, and while extremely time consuming, I don't see how one couldn't integrate basic party mechanics (imagine the possibilities, you could have legitimate battles between pike phalanxes! That would of course require modifications to the AI*, but still), inventory, and armour/defence systems (percentage based defence would work a treat, with armour utilising the already present health system via flat reduction). Oh, and dismounting, of course. Then determine some theme appropriate missions, and disperse them throughout a few permanent settlements. Bonus credits for the slow growth of Atagan territory as a time limit for the main questline.

* A possibility to increase realism and interest would be a reaction speed system, where at the end of an action, the actor stores the best possible current action for their next turn. Upon that turn, they then have a chance to revert to that action, allowing the sequence @  \L  =›  @ —L  =› @ —L the alternative @  \L  =›  @ —L  =› —L, wherein the @'s stored action of moving towards the lancer is acted upon even after a threat is superimposed between the two. This allows for further unpredictability and natural flow between AI combatants, though applying it to the player is of course not recommendable.

As previously mentioned, armour would function best as a flat decrease to damage taken, perhaps with a 1 value variation so it doesn't get absurd. For reference, gambeson (padded cloth) can realistically stop the sort of arrow fired from a horse bow on occasion, and lamellar should nullify the majority of blows. Given the theme, encumbrance doesn't seem particularly appropriate, nor realistic. Weapons might provide a (relatively large) chance to avoid an attack. Shields seem tricky to represent, but if possible would serve as a large increase to defence, greater against lances and arrows than against swords, and of course directional. Peak defence would realistically be somewhere around 80%, given a combination of sword and shield. Where possible, spear and shield should lose consistently to sword and shield.

All systems above are easy targets for a skill system (the sort without flashy manoeuvres, like in dcss).

Glad to hear you enjoyed it :)

Your suggestions are intriguing, but I'm not so much a fan of the simulationist style of roguelike. I prefer briefer and more concise design,  and I feel like we managed to strike just the right balance of simplicity and depth with WHOF. Percentage chances and unpredictability were not really what we were going for, and are quite outside our vision of the game.

That said, it's definitely possible that they could work, so I've uploaded the source code of the game if you'd like to tinker with it. I will warn you that it's jam code, and might be quite hard to decipher.

In any case, It's a beautiful game.

It's not so much that the game is in some way incomplete, more that it's such a solid base. You just managed to do everything right. Like for instance the trees. Why doesn't everyone do that? As long as it's so small, it won't get nearly as much praise as it deserves, and these features will not pass on to other games.

Thanks for the kind words.

I appreciate the concerns about the ideas not getting passed on, but I'm still making stuff, and it seems like quite a few people have checked it out, so I wouldn't worry about it too much.

If you think it's so easy, why don't you go do it yourself?

Where possible, spear and shield should lose consistently to sword and shield.

I mean, not that it matters, it was just speculation. But why? It's simply reality that holding a spear one-handed is a terrible life choice if you aren't in a formation.

I'm a big fan of this game, even though after several hours of playing I couldn't beat 90%. Made a vid of my valiant attempts in case it brings you joy. Thanks for developing this game!

Thanks! Good to see that you managed to end on the mad cavalry rush that inevitably happens after ~85%. It's always a pleasure watching people play our entry, so thanks for making the video!

Very cool! One of my most memorable moments was seeing a messenger right in front of me while I was targeted by a bow. I went ahead and lanced the messenger and his own corpse slowed me down and prevented me from getting hit by the arrow. Can't say that's ever happened to me in a game before!

Are you planning to update it at all? If so:

Thanks for the feedback! We're not currently planning on continuing working on it, it's hard to think of a place we could introduce more content without harming the minimalist design, but interface and quality of life improvements are definitely something that we might come back and add in.
The menu hiding enemies is something that we have been receiving a lot of feedback for, so if we release a post-jam patch or whatever, that's definitely something we'll address.
And your offer to supply death screams is greatly appreciated, we'll make sure to call on you if we need more :)

This is an awesome game, it really captures the sense of speed in a rogue like that I didnt think was possible.  Weaving in and out of trees and rocks while blazing past regiments of footmen.  It's also surprisingly brutal.  Chasing down a fleeing messenger that split from their group or circling slow lancers to pick them off one by one.  I really like that you keep moving when taking other actions like firing your bow so you must be aware of where your horse is facing before.  I am terrible at dealing with cavalry though, and half the time I would end up alerting more trying to take out the first one.  Made it to 50% a few times, but boy does it get overwhelming.  Does a good job representing charging through a warfront that's for sure. (EDIT: I forgot to commend the hoof pun!!) 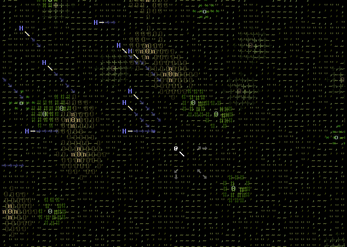 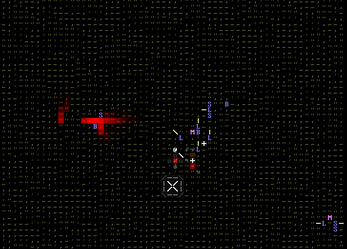 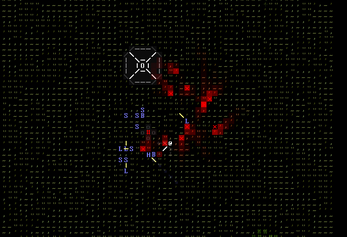 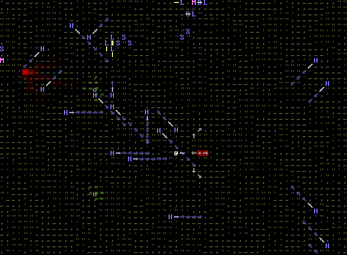